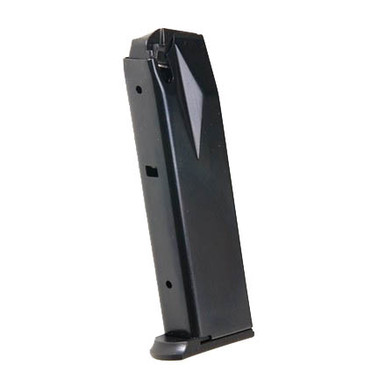 Most have a slide-mounted decocker/safety, some were offered with a decocker only. It’s a double-stack 9mm and shipped with two 15 or 10 round magazines depending upon the year and the political geography of the market for which they were bound. The P95 has ambidextrous controls. The magazine releases are identical, but the right side decocker is only a sliver of sheet metal that looks like a bit of an afterthought.

9mm Magazines with Best Follwer (01:34)
Make sure you buy the best magazine you can buy for your money with our updated follower only available at buymymags.com

All prices are in USD Copyright 2022 BuyMyMags. Sitemap |